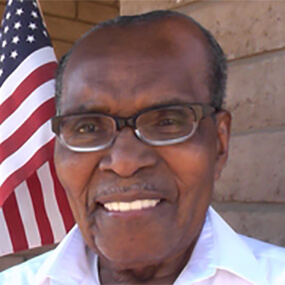 Bernando LaPallo is 111 years young and is the author of" Age Less Live More...Living to 107 and Beyond "

Bernando LaPallo was born in Victoria, Brazil on August 17, 1901 He moved to the United States and was raised by his father who was a doctor in Philadelphia. His first interest was in food and he went on to study the culinary arts at La Sorbonne in Paris, France graduating in 1928. After years of working as a chef on steam liners and resorts he retired in that profession to pursue an interest in the healing arts. He studied massage at The Swedish Institute in New York City. Later Bernando went on to study and become licensed as a reflexologist and podiatrist at NYU. He completed that course of study at the age of 73. He had a successful private massage practice in New York City for more than 20 years treating people from all walks of life.

He currently resides in Arizona where he gives talks on the secrets of his youthful vitality and health. Age Less Live More is his first book. He has a brand new DVD demonstrating a few of his favorite recipes available for sale. See clips and recipes on Bernando's website