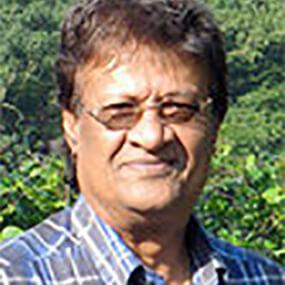 Dr. John Virapen (1943) has worked more than 35 years in the pharmaceutical industry. In Sweden he was general manager of Eli Lilly & Company and was involved in the market launch of several drugs, also such with massive side effects.

John Virapen has written his first book about his activity as a manager in the pharmaceutical industry in 2006 under the pseudonym “John Rengen” the book “Rubio Talks – A story from a Pharma-Insider“. Early 2008 his new book “Side Effects: Death” was published and is currently a best-seller in Europe.

Born in British Guyana, Dr. John Virapen went from being a door-to-door conman to a pop star, to a pharmaceutical representative to executive director of one of the largest drug companies in the world. He admits to participating in bribery, false information and deception to help launch and market some of the most popularly prescribed (and most dangerous) drugs. In an effort to exorcise his demons and expose the tactics and dangers of the pharmaceutical industry, he wrote "Side Effects: Death" and "Medicine Cult".

John Virapen is now dedicated to expose and create awareness on how the pharmaceutical industry is operating with their own best interest as primary goal. http://www.medicinecult.com/index.html